The FBI investigation was done, is completed and Senate voted.

And if she, the first lady of the United States, flat-out believed the story of the alleged sexual abuse Christine Blasey Ford suffered 36 yeas ago, Trump refrained from committing to a simple yes or no, opting instead to throw her support behind anyone who has ever faced a predator. Though expectedly more aligned with her husband than the resistance, she shed a little daylight on the relationship she has with her husband, noting assuredly that she has her own ideologies, and when they don't always align with the President, opposition happens.

I give him my honest opinion and honest advice, and sometimes he listens and sometimes he doesn't, but I have my own voice and my opinions," said Trump. He's the President, but I give him my opinions. With President Trump -- and his tweets -- far out of range, as has been the case on previous long trips abroad, Trump again seemed happier and more at ease on the global stage, at times even ebullient and carefree.

Why women's rights activists want a "no" vote for Brett Kavanaugh

While branded tote bags and blankets and stuffed animals and frisbees where often in the periphery of each stop along her way, the red and blue logo displayed on each, actual discussion of the need and purpose of her nascent platform was few. I want to talk about my trip and not what I wear," an indignant Trump told CNN when asked how she felt about the criticism her safari hat was culturally insensitive to the people of the continent she was visiting. In addition to the elephant orphanage in Kenya, Trump also went on safari, which on the surface would seem the most innocuous and expected activity of a trip to the country -- which it very much was -- but which also stirred up two controversies for two very different reasons. And who wouldn't be happy playing with a pack of adorable baby elephants? Cutting off demand in these countries will encourage poachers to hunt less and that requires international coordination and cooperation. Each Minister should be tasked with giving frequent reports on matters in their own dockets without being pre-empted by the media after officious and protocol-filled conferences and workshops.

When she bottle-fed a herd of baby orphaned elephants at the David Sheldrick Wildlife Trust in Nairobi, Kenya, the first lady -- at first hesitant to get too close to the pachyderms, was soon right up next to them, petting them, tickling their ears, and laughing a deeper, throatier laugh, a new sound from a woman whose restrained emotions rarely peak above a giggle.

When one of the elephants made a bit of a run towards her, she stumbled back a few steps at first, then smiled, stepping right up to her original spot. And who wouldn't be happy playing with a pack of adorable baby elephants? It seemed to be as an authentic a "Melania moment" as most Americans have witnessed since her tenure as first lady began almost two years ago. Trump], this was as transparent and open as we may ever see her. And while the smiles and relaxation were evident throughout the week and in other countries, there were also handful of times when her face was pensive and reflective about what she was witnessing on this, her very first trip to a continent whose people are beloved and admired for having deep joy and resilience in the face of issues like widespread poverty, disease and technological isolation, as is seen in some African countries.

In Malawi, the third poorest country in the world, according a International Monetary Fund report, and Trump's second stop on the trip after Ghana, Trump chose to visit the Chipala Primary School. The school presented an example of the state of education in the country. Only 77 teachers educate a staggering 8, students, all crammed into 22 dank and dark indoor classrooms as well as improvised outdoor ones, with hundreds sitting on the red dirt in their dust-covered uniforms, some blue the more expensive , others brown the more affordable option , straining necks to get a glimpse at the chalkboard and lessons in English words.

First lady Melania Trump waves to children at the Chipala Primary School in Lilongwe on October 4, during a 1-day visit in Malawi, part of her week long trip to Africa to promote her 'Be Best' campaign. At Chipala, Trump moved from classroom to classroom, sitting in with second- and third-graders, most with cardboard signs strung with twine around their necks stating their names in large lettering. She looked on as the children had their lessons, asking questions of the headmistress, and in one room, sitting with a little boy in the front of the room, leaning into him to share his book and study along.

Trump seemed measured and engaged, yet at times during her school visit, her perma-grin would dissolve, taking in the striking disparity between this reality of Malawi and almost every other country and every other school she has visited thus far as first lady.

From the school's perimeter, one could see the faces of the children who weren't able to be inside, in their tattered T-shirts and bare feet, wistfully looking at their peers in class, the ones who were getting an education that could very well change the path of their country's future. In the school library, seated at a table with the head teacher and administrators, words on the chalkboard behind her reading, "First Lady Melania Trump Welcome," the first lady made brief remarks about USAID's national reading program, which was donating on Trump's behalf another 1. 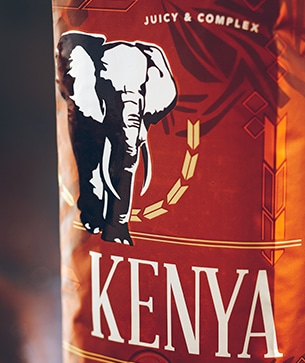 She also brought Be Best tote bags for the teachers, packed with much-needed school supplies. First lady Melania Trump walks across the play ground during her visit to the Chipala Primary School in Lilongwe on October 4, , as she pays a one day visit to the country as part of her solo tour of Africa promoting her children's welfare programme.

Later, students and teachers formed a giant ring around a dirt playground, singing and laughing, awaiting Trump, who eventually walked towards them to a preset spot in the middle of the "field" to hand out several soccer balls, emblazoned with the Be Best logo, another donation to the school. Despite the rare flat footwear she wore for the occasion, the first lady didn't join in on the impromptu game, instead standing off to the side in her khaki silk dress, watching and smiling as boys and girls kicked around their new, bright white soccer balls.

Towards the end of her visit to Chipala, the children once again happily danced and chimed in on a native song. It was a different scene in Ghana, though no less moving, where Trump during one day visited babies in a local hospital and on another arrived to the country's Cape Coast region, participating in a welcome ceremony inside an auditorium named Obama Hall, in honor of then-President Barack Obama and first lady Michelle Obama's visit.

But it was Trump's tour of Cape Coast Castle, one of 40 or so remaining slave trade outposts in the region, that appeared to move Trump, who afterward told the press that learning the castle's history and hearing slavery stories from her guide was "very emotional. However, by the time she was in Kenya, Trump was back in the groove, literally.

When she arrived at The Nest, a children's orphanage in Nairobi, a line of about two dozen kids in vibrant yellow shirts grabbed her hands and led the first lady down a paved path to the nursery, singing and dancing. And she moved too -- a bit. Swaying her hips from side to side, Trump performed a mild shimmy, sort of a walk-dance hybrid, but still the first time she had publicly danced since taking a spin with President Trump at Inaugural Balls.

The mere fact that Trump chose Africa for her inaugural solo international trip, when her husband's reported derogatory remarks about certain countries here set off a firestorm of controversy earlier this year, demonstrates at least a certain amount of desire on her part to put a face to an administration whose leader is not seen as particularly benevolent. Trump said she wasn't affected by the alleged s-hole countries comments, because no one brought them up to during visits with local dignitaries, and also because she didn't believe they were said in the first place.

Trump] has the opportunity to be a great global diplomat, which first ladies are inherently by their position," says Anita McBride, former chief of staff for Laura Bush.

McBride says that nodding to the cultural components of the places she visits is important, but it's a fine-line between actually having a purpose on behalf of Americans and just sweeping through a continent on an extended photo op. Trump went to Africa not only without a succinct game plan for how to communicate her platform, but also completely out of sync with her husband's administration's policies there. Trump in a September speech had advertised her maiden solo trip as a chance to spread the word about Be Best, her broad children's wellness initiative, which spans topics from the opioid crisis to social media bullying to physical health.

Whether it is education, drug addiction, hunger, online safety or bullying, poverty or disease, it is too often children who are hit first, and hardest, across the globe. And although she did partner on the trip with USAID, which donates millions of dollars on behalf of America to help organizations throughout Africa, she couldn't avoid questions about the decline in funding the program has faced in the wake of her husband's budget cuts. Asked by a reporter towards the end of her trip in Egypt if she planned to ask President Trump to restore more cash flow to USAID now that she had visited Africa, Trump pushed back on the need.

Yet it was her own program, Be Best, that seemed at times to get lost in the shuffle of schools and hospitals, orphanages and cultural tours. While branded tote bags and blankets and stuffed animals and frisbees where often in the periphery of each stop along her way, the red and blue logo displayed on each, actual discussion of the need and purpose of her nascent platform was few.

Given an opportunity to say what she thought her biggest accomplishment on the trip had been, Trump said: When a reporter asked the first lady what the message she wanted to send from her husband's administration to Africa was, Trump said, "That we care and we want to show the world that we care. Lillian an electrician in Nairobi talks about her experiences in a male dominated industry. Women in underdeveloped countries often lack opportunities to improve their lives.

Welthungerhilfe supports women in Kenya farming Mangos. The lower the GHI value, the better the rank and the better the situation. A study of the effects of climate change on sustainable food and nutrition security with case studies in Kenya, Pakistan and Peru. Evaluation of Welthungerhilfe's project to promote and strengthen enterprises and market systems in Kenya KEN This project aims on promoting and strengthening enterprises and market systems in drought-prone ASAL areas in Kenya. Cookies make it easier for us to provide you with our services, optimize our contents and help us attract new supporters.